Meet the CEO: An Interview with HiNounou’s CEO and Founder, Charles Bark 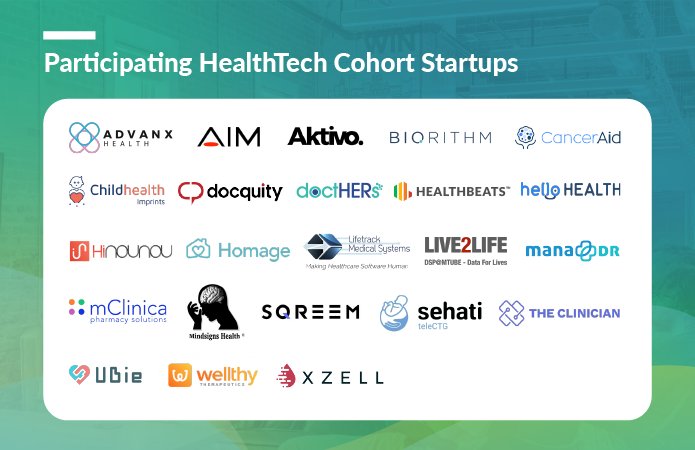 As an exceptional and worldly individual with rich life experiences, Charles set his sights on revolutionizing elderly care to provide peace of mind to family members with a one-stop, comprehensive home wellness solution.

Living far apart from his mother gave rise to many worries and concerns about her wellbeing, allowing Charles to empathize with individuals of similar plight. Clouded with unsettling thoughts, Charles devoted the majority of his time to develop an AI-Blockchain digital healthcare platform to empower the silver generation to live longer, healthier and happier lives.

The HiNounou app allows monitoring of a senior’s health status in real-time. All measurements of one’s blood oxygen level, systolic and diastolic blood pressure and body weight, body fat, lipid, glucose and cardiac rhythm can be tracked via the HiNounou App where data is transferred wirelessly.

In addition to this promising product, HiNounou is currently working with PingAn on the provision of their all in one accident and death insurance plan and AXA for 24/7 teleconsultation with medical professionals. The integration of all aspects truly shows the ability of HiNounou to provide well-rounded care that’s tailored to one’s needs.

About His Early Life

Serial entrepreneur and businessman Charles Bark was born in Paris, France to a family of remarkable healthcare professionals who influenced his aspirations to give back to society. With a grandfather running the largest pharmaceutical company in Busan, South Korea and a mother who obtained a PhD in Paris to eventually work in a national french hospital, Charles followed the footsteps of these inspirational people in his life.

Before his path of being an entrepreneur unfolded, he was the Chief Innovation Officer (CIO) of Astellas Pharma, formerly known as Yamanouchi Pharma. The past 14 years in Shanghai has been a fruitful one, for his entrepreneurial activity, ChinPass,  with the French National Centre for Scientific Research was highly successful.

An Inside Look into Charles’ Personal Life

For many years, Charles has been on the hunt for one simple and comprehensive product that can solve healthcare pain points. Disciplined and goal-oriented, he strives to continuously develop himself as he looks up to his role model, Theodore Zeldin, President of Oxford Muse Foundation.  Zeldin wasn’t just any professor to Charles, but a life mentor who taught him to bring the humanistic aspect of HiNounou.

Charles learnt valuable life lessons imparted by reading Conversation by Theodore Zeldin, such as the superficiality of human relationships as people often hide their vulnerability.  Reading this book increased his awareness of having authentic conversations with his peers and loved ones that bridges individuals heart to heart.

Charles spent his early years in France as a multiracial person, with parents of Japanese, Korean and Chinese ancestry. The best advice etched in his mind is one from his parents, which is to embrace differences. Being immersed in a wide variety of cultures, it is vital not to draw comparisons between them and take the positive of each.

The nature of Charles’ job involves staying in Shanghai for long periods of time as he separates from his mother in Paris. One incident that spurred Charles to embark on the creation of a home wellness kit was his mother’s admission to a hospital, despite his frequent phone calls with her mentioning that all was well. Being the loving mother she is, making Charles worried wasn’t an option.

The lack of transparency and visibility of his mother’s health data in real-time resulted in the beginning of HiNounou’s journey. Believing that healthcare is generally cure-oriented that happens when time is not in our hands, Charles strongly advocates the prevention of diseases by identifying risks and addressing them before things turn for the worse.

Similarly to how a weather forecast often provides accurate predictions, Charles aims to have an app that provides the visibility of one’s health that is supplemented with real data analysed by HiNounou algorithm.

As an expatriate living in Shanghai, he shares the pain and worries of other foreigners about their parents. With globalisation giving greater flexibility to other companies to operate across borders, the number of immigrants moving to large cities continues to grow.

Rising mobility among the younger generations often leads to elderly parents who are unable to travel, being left to their own devices. This results in a whopping 60% of China’s 240 million elderlies living by themselves, with the vast majority suffering from at least 1 chronic disease. Fast-forwarding to 2050, these numbers are expected to skyrocket with half a billion of elderlies.

Given the shortage of professional elderly caregivers to provide in-house care, Charles set out to resolve this pain point by creating a product that stems from his unsettling doubts about his mother’s health. Being able to monitor her vital signs and ensure her wellbeing has been his utmost priority, and he aims to provide this ease of mind to others sharing the same plight as an expatriate.

Thoughts on the COVID-19 Pandemic

As a cultured man himself, he shared his thoughts on digitization during COVID-19 in different countries, namely France and Korea. Charles emphasized that Telemedicine and Telemonitoring are at their peak, given that the general public is avoiding hospitals as they combat the highly contagious virus.

This avoidance is clearly evident especially among chronic disease patients who are highly susceptible to the virus. After connecting with many healthcare professionals, it is concluded that post-COVID will see the strain in healthcare systems given that chronic disease or cancer patients have worsened conditions.

Pre-COVID days in Korea saw the reluctance of doctors, nurses and hospitals to venture into Telemedicine as there were claims about the lack of security and how non-qualitative it is. As the outbreak unfolded, the Korean government shifted their mindsets, resulting in the greater adoption and maturity of Telemedicine within 2 months. Similarly to France, Charles shared that teleconsultations skyrocketed from a total of 40,000 in 2019 to 4 million within a few months in 2020.

COVID-19 has accelerated the growth of HiNounou tremendously as Charles experienced higher demands and pilots from big healthcare groups in France, USA and Asia. A US healthcare group recently conducted a home monitoring experiment using a single wellness kit, bringing them to a conclusion that HiNounou’s products are unrivalled. Presently, 10,000 wellness kits have been requested by them, a true indicator of how excellent HiNounou’s products are.

HiNounou has an extensive number of connections with Medical Devices, Bio-Technology, Medical Technology and InsurTech companies. Each individual connection has contributed to HiNounou’s highly comprehensive value proposition that is trusted by many.

One exciting partnership Charles brought up is one with Saint-Gobain, a large French construction materials multinational corporation that conducts operations in Mainland China as well, led by Javier Gimeno, CEO in Asia Pacific. The severity of COVID-19 led to concerned executives being hesitant to separate with their elderly parents in their hometown, who need to be cared for.

Prioritising the welfare of Saint-Gobain’s staffs was vital in ensuring the smooth running of operations. Mr Gimeno thus ordered HiNounou’s wellness kits for his executives, enabling real-time monitoring of their elderly parents despite being away from home. Saint-Gobain who has been awarded “best employer” in China has generously sponsored two-thirds of HiNounou’s wellness test kits during COVID-19.

This beautiful partnership with Saint-Gobain is taken to the next level as Charles mentioned that HiNounou will be embarking on a Research and Development journey with them. Despite both parties being in industries that are worlds apart, this collaboration appears to fill HiNounou’s missing puzzle piece during product development.

HiNounou has been diligently collecting data on Genetics, Metabolic Status and Social Environment, which are main factors that determine one’s well-being. With this partnership, an additional factor, Quality of Life Environment, can be monitored by newly developed sensors to measure humidity, temperature, noise and luminosity, PM 2.5 and CO2.  Combining these 4 factors will give greater insights into one’s health status, and it has been a fruitful journey thus far.

Charles on the Importance of Collaboration

As an invaluable contributor to the healthcare industry, Charles is committed to helping others. Surrounded by like-minded individuals who want to revolutionize this industry, being part of the 2020 Galen Growth Cohort has proved beneficial for HiNounou.

Stressing that collaboration is quintessential in such a convoluted marketplace, Charles mentioned that influential players such as public health systems, governments and large corporations should join forces with startups to drive meaningful change in this digital age. Charles is headstrong in solving pain points of today’s senior & chronic care and this will certainly pave way for the promising future of society’s elderly population, enabling them to age gracefully with ease.

About the Galen Growth HealthTech Cohort

When we talk about senior-friendly apps, what are we talking about?

HiNounou is cited in a report of Deloitte